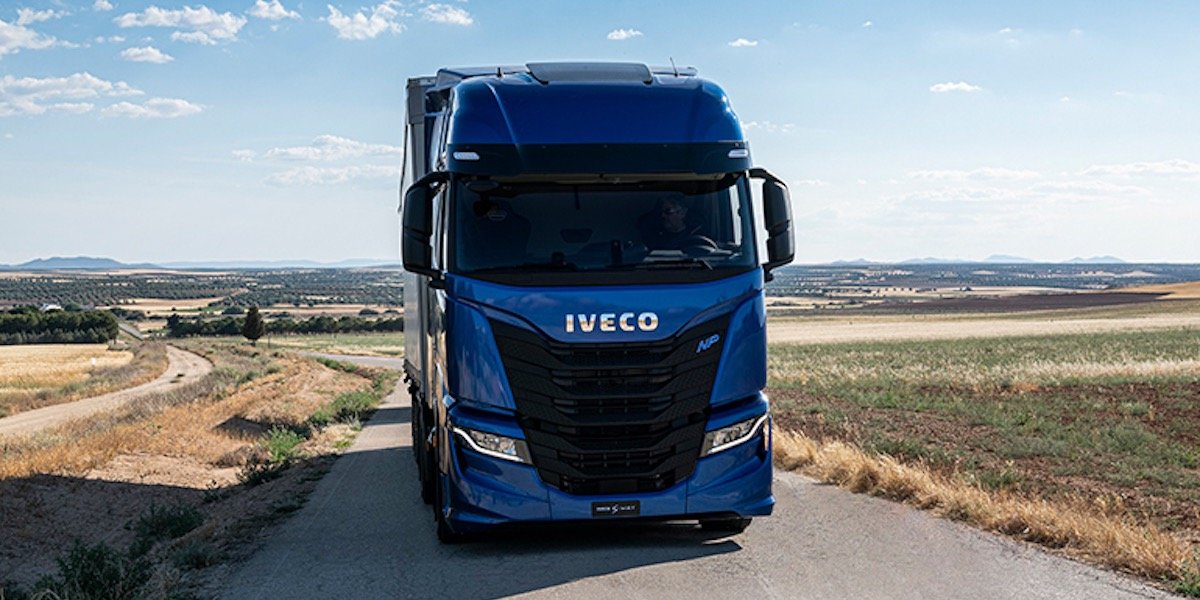 According to Gerrit Marx (pictured above), CNH Industrial president of commercial and speciality vehicles, truck makers have two options – electrification, or ‘the Iveco way’.

The ‘Iveco way’ is hydrogen fuel cells, possible thanks to its tie-up with Nikola. “Batteries are chemical nightmares,” said Marx, “and we are convinced that for long-haul, batteries need to be as small as possible, maybe 125kWh, and fuel cells as large as possible.”

At a recent press conference, Marx told me that Nikola had the pick of all the major truck makers, but opted for Iveco for three reasons. The first of these is an earlier innovation from Iveco, the company’s success in selling natural gas-powered trucks in Europe.

“We have launched a new powertrain technology with a new refuelling network. Although hydrogen is very different to gas, we have proved that we can revolutionise a segment,” Marx declared proudly.

He cited Iveco’s absence from Nikola’s home market as reason number two. “Trevor [Milton, CEO and founder of Nikola] said ‘You are not in the US, so I can fully trust you not to try to make me fail at home. You want me to be successful in the US because you will enter the US with me. If we partner with someone who already has a big US operation, they will never love us.’ But we are a problem-free partner,” he said.

Marx’s third reason is Iveco’s size. “We are the smallest heavy-duty truck maker in Europe,” he explained. “We are, and have proved to be the most resourceful. We know how to fight in difficult positions, how to operate with small market shares, and how to work around the challenges that this brings. You could call us the humble fighters.”

He confirmed that the Nikola Tre, the company’s European offering, will be based on the new Iveco S-Way, and is likely to be built at one of Iveco’s existing factories. Marx announced that the first examples would appear on European roads in 2023 and would “look kick-ass!”.

But despite his enthusiasm, he’s the first to acknowledge that there will be some challenges ahead. He said: “Will it be a huge breakthrough in 2023? Off course not! Will we have a few hundred trucks on the road? Of course! Will a few of them breakdown? Of course!”

But he is convinced that the latest innovation from Iveco takes the truck manufacturer on the right road, one that gives his company a serious advantage over the competition. “Everyone can put together a truck with batteries that drives around emission-free like a Tesla,” he says. “Anybody with money can do that. Iveco can’t outspend the competition, but we can outpace and outsmart them.”